The “Art” of a Great Concert 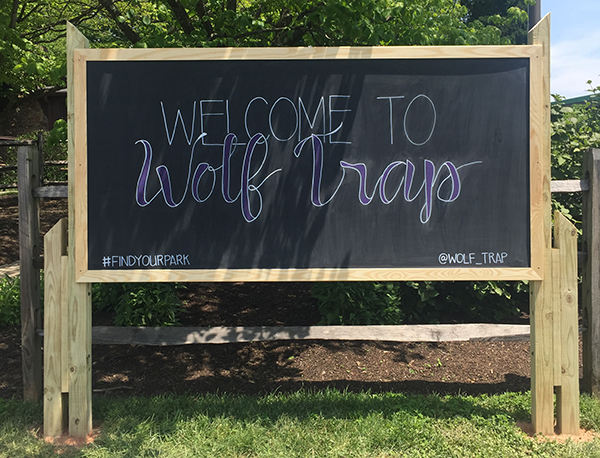 This summer, Wolf Trap fans celebrated the National Park Service Centennial with several fun activities. Go behind-the-scenes to learn about the creation process for one of this summer’s fan favorites – the chalkboard wall!

This summer, to celebrate the Centennial of our partners at the National Park Service, one of our goals was to create new, exciting ways for our patrons to connect with Wolf Trap and our artists. One of my favorite projects –and most popular with our fans – was the chalkboard wall at the entrance to the Park. You may have seen it as you waited in line before the gates opened, and you may have even written on it! What you might not know is the board changed every night this season!

As a member of the Communications and Marketing team, I was responsible for coming up with concepts or messages for each show and I worked with a fellow team member, Adrienne Laster, who used her incredible calligraphy skills to bring the ideas to life.

For each performance we would include tour-specific images or text, and we’d often draw from what makes that artist unique – like Dolly Parton’s quotable “Dolly-ism’s” or a farewell message for Garrison Keillor’s final performance with A Prairie Home Companion. But if you ask Adrienne, her favorite part was trying to replicate logos as close to the original as possible, like the NPS arrowhead emblem!

Our favorite part of the process wasn’t writing the message before a show — it was seeing all the fun messages and drawings through the photos fans posted on social media and when we went back to prepare the next show’s board!”

Here are some of our favorite images from this season: 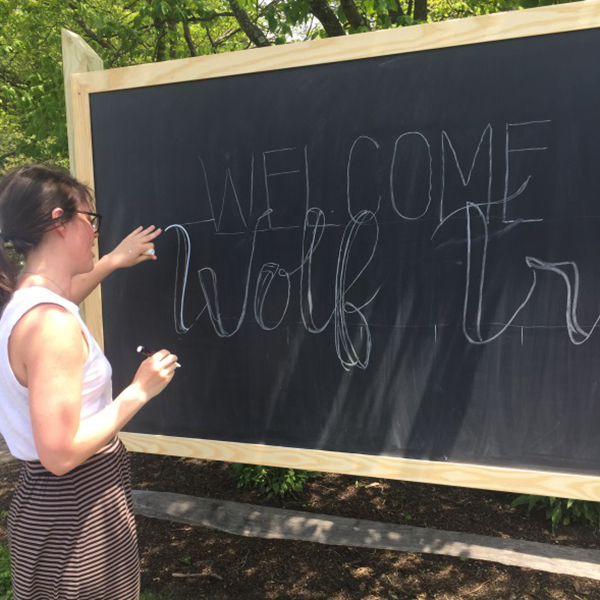 Adrienne mapping out the board message in chalk, before highlighting it with a chalk marker. 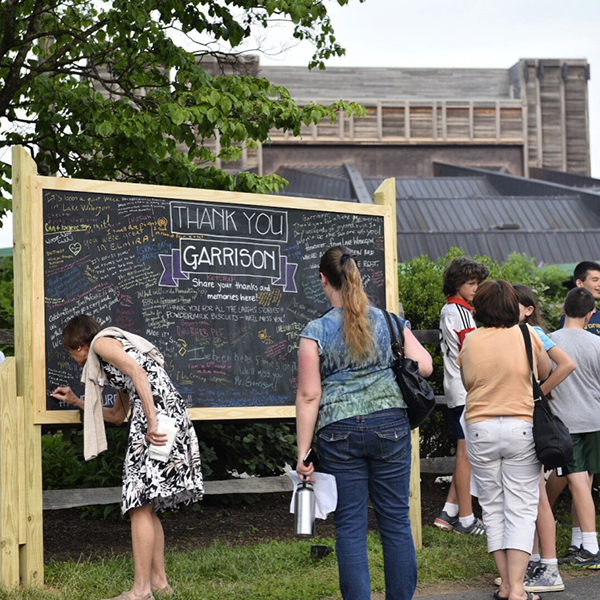 Fans left farewell messages to Garrison Keillor at his final shows at Wolf Trap as a part of A Prairie Home Companion. Several fans wrote they had been coming to the show here for many years – and you could tell! Lines from his beloved reports from Lake Wobegon (and other memorable segments) were written perfectly! Fun Fact: We sent a close-up picture of the messages to his team — they loved it! 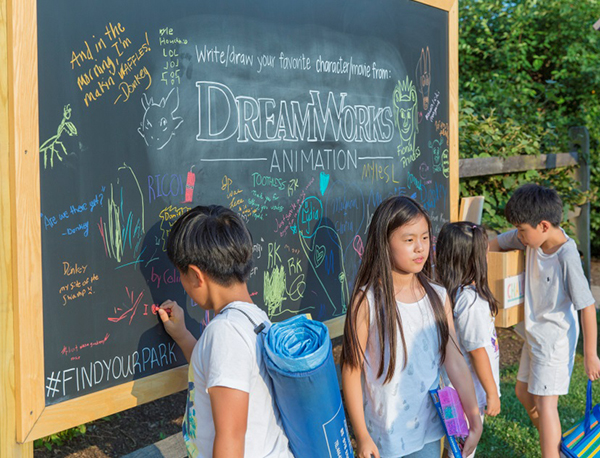 Our younger fans got the chance to show off their artistic skills at DreamWorks Animation in Concert. 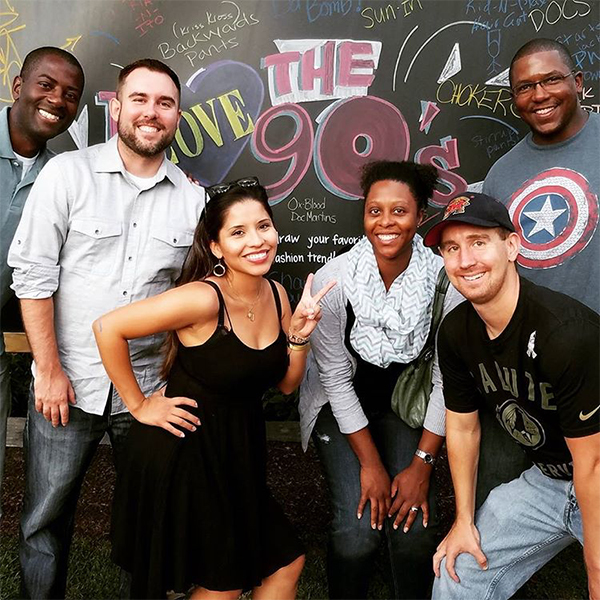 Many fans also used the chalkboard as a great photo spot! 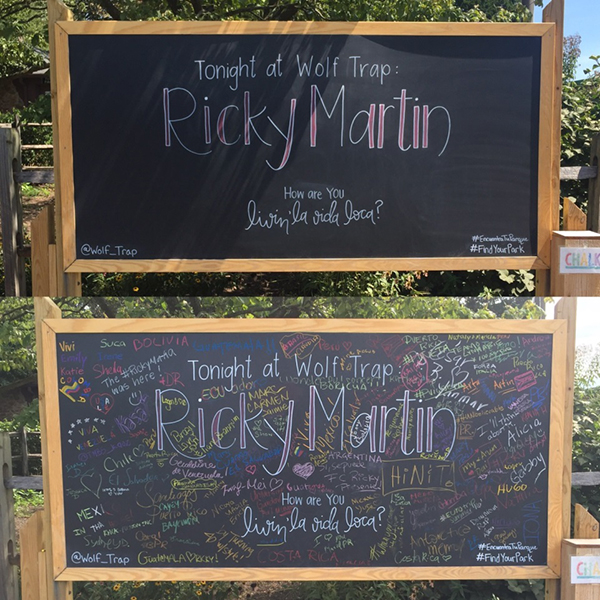 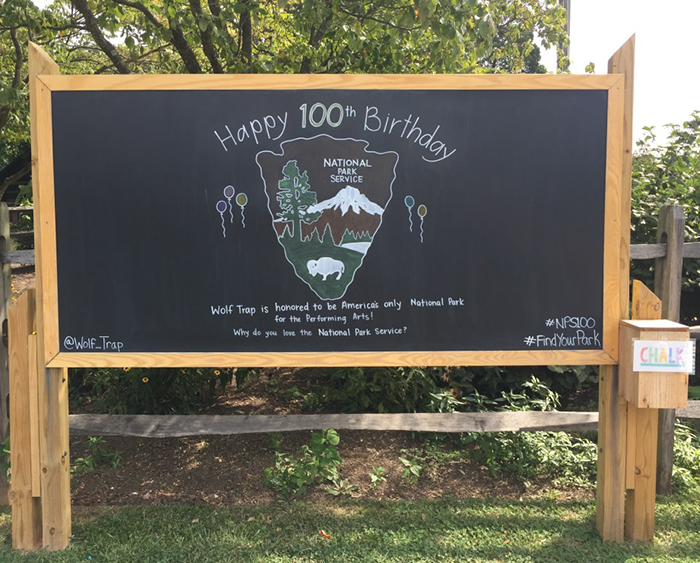 Not all photos were about the artists – we made a very special drawing to celebrate the National Park Service Centennial. Patrons left memories of their favorite parks… 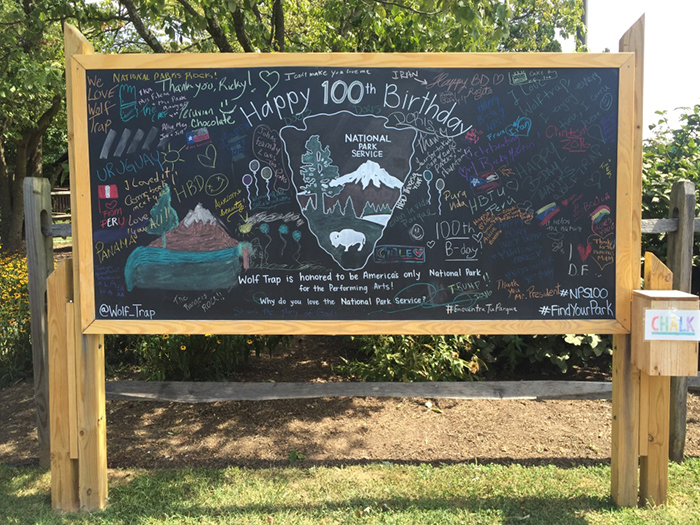 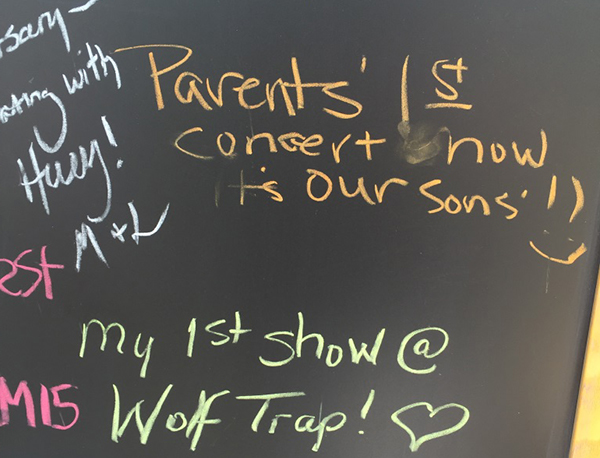 Here’s a close up of the board after the Huey Lewis and the News show. It was special to know that these parents were taking their child to the same artist as their own first concert – a fun fact about our patrons we might not have known otherwise!

Do you have a great picture of the Wolf Trap Chalkboard? Share it with #WolfTrap on social!