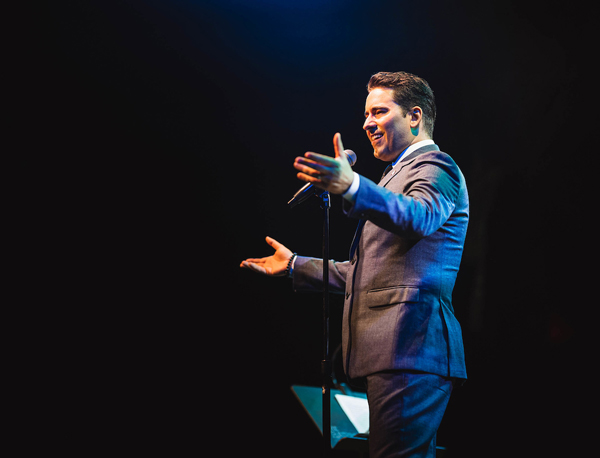 As the weather turns chilly and the new year approaches, The Barns continues its lineup of phenomenal artists. If you’re planning to host guests this holiday season and early 2023, bring them along to experience the magic of this intimate venue.

What better way to usher in the month of December than a night of holiday favorites? Celebrate the festive season as Broadway, Tony, and Grammy-winner John Lloyd Young brings songs like “Silent Night,” “O Holy Night,” “Joy to the World,” and “White Christmas” to life like never before. Young’s signature Frank Sinatra musical stylings supported his role of “Frankie Valli” in the international smash-hit Jersey Boys, a role which he originated and garnered national media attention for. Don’t miss this spectacular artist when he comes to The Barns on December 1.

December 2: Christmas with the Celts

This popular Wolf Trap show is filled with modern Christmas hits, lively Irish carols and dancing, and holiday ballads! Originally a national PBS show that aired on over 200 channels, the success of Christmas with the Celts led to a huge demand for a tour. You’ll jump for joy with all the merriment this spirited performance brings to the stage.

A free annual musical celebration, Wolf Trap Holiday Sing-A-Long invites people of all ages to join in on the excitement of the season. Together with “The President’s Own” United States Marine Band, and members of local choirs and vocal groups, this event features holiday favorites, special guests, and seasonal traditions inside Wolf Trap’s beloved Filene Center.

Participate in the giving spirit by bringing new, unwrapped toys for Toys for Tots that can be dropped off at the entrance to the Filene Center (donations are voluntary and not required). Learn more about this magical celebration.

Don’t miss the farewell tour by this incomparable chamber ensemble! This beloved group originally formed at Julliard in the 1970s. They were artistic advisors for Chamber Music at The Barns in 2016, and ultimately became fan favorites. They will perform for the last time at The Barns, concluding their program with the iconic Grosse Fuge.

Bluegrass graces the stage for three nights at The Barns with The Del McCoury Band. Spanning a career of over six decades, McCoury made his mark on music history, and continues to gain a legion of admirers while touring with his band, which includes his sons, Ronnie and Rob. Tickets are selling fast for all three nights – get your tickets for this popular show.

A dazzling night encompassing the late works of Austrian composer, Franz Schubert, featuring the brilliant pianist Gilbert Kalish and The Escher String Quartet. Though Schubert had a relatively short life, he excelled in every musical genre, which makes for an illustrious program. Secure your tickets for this January 22 performance.

Give yourself a night of rejuvenation by enjoying the compositions of iconic pianist, George Winston. Experience the tenured musician as he allows his audience to take a step back from their busy worlds and let their minds adventurously wander. Get tickets before they’re gone.

Piano-driven arrangements from Neil Young to The Beach Boys showcase A.J. Croce’s love for a variety of musical traditions. Son of the late Jim Croce, he originally purposely avoided his father’s music so he could create his own identity as a musician. According to Willie Nelson, “The future of entertainment is safe in his [Croce’s] hands.” There are only a few seats left to his January 26 concert.

Add a show at The Barns to your holiday plans and discover so much more during The Barns 2022-2023 season.