Catching Up With Josh Lovelace on Fatherhood, Music, and Happiness 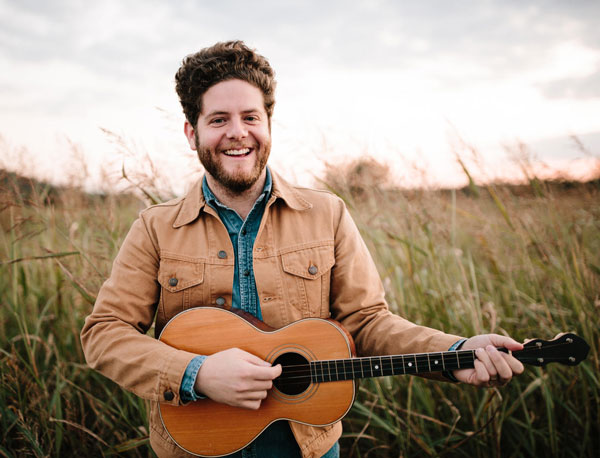 Lovelace was first introduced to music lovers as keyboardist for Grammy-nominated rock band NEEDTOBREATHE. He has since evolved his career to develop two solo albums, Young Folk (2017) and Growing Up (2019), combining his passion for children’s music with his songwriting sensibilities to create songs that everyone can enjoy. Wolf Trap sat down with Lovelace to discuss how his role as a father has influenced his music.

This Q&A has been edited for length.

Wolf Trap (WT): Can you talk a little about your background? How did you get started in music?

Josh Lovelace (JL): I’ve been playing music since I was a young kid. Growing up, I would sing and write songs with my grandparents and played the piano by ear. When I got older, I started playing keyboards and guitar in different bands and I really fell in love with the road. I’ve been in my band NEEDTOBREATHE for almost 11 years now and absolutely love the music we’re making. I now have two kids of my own which inspired me to create music for them as well! I love making music and can’t imagine doing anything else.

WT: It seems that your experiences as a parent have been really formative to the music you’re making now. Can you talk about how your perspective as a musician has changed throughout your career? What motivated you to transition to family music and writing for children?

JL: When we had our first child, I tried to put myself in his shoes and see the world through his eyes. It’s amazing to watch someone grow and learn, and take on life one day at a time. It inspired me to start writing songs for him.

When writing music for an adult audience, there’s a lot of trial and error. For kids, usually your first instinct is the best! I really love creating music for kids and families, and I’m so honored that families everywhere have brought this music into their homes.

WT: What do you hope children and families take away from your performance?

JL: Joy. I hope they are able to laugh, sing, dance, and forget their worries for a little while. We’ve gone through so much over the last couple of years. I’m not here to teach anyone anything; I just want to sing together and help make happy memories for families.

WT: Who are your personal artistic inspirations?

JL: I have always been a big Springsteen fan. I also love folk music and songs that tell stories. Modern day, I love Foy Vance, Dawes, Phoebe Bridgers, and The Killers.

JL: I’m excited to be releasing my brand new family album, Moonwalking, this summer. It’s an album inspired by imagination and spending time with the people you love. I’m really proud of it and can’t wait to share these songs soon!

For more on Josh Lovelace, visit joshlovelacemusic.com. See him live at Children’s Theatre-in-the-Woods this summer on June 21. Tickets are available here.