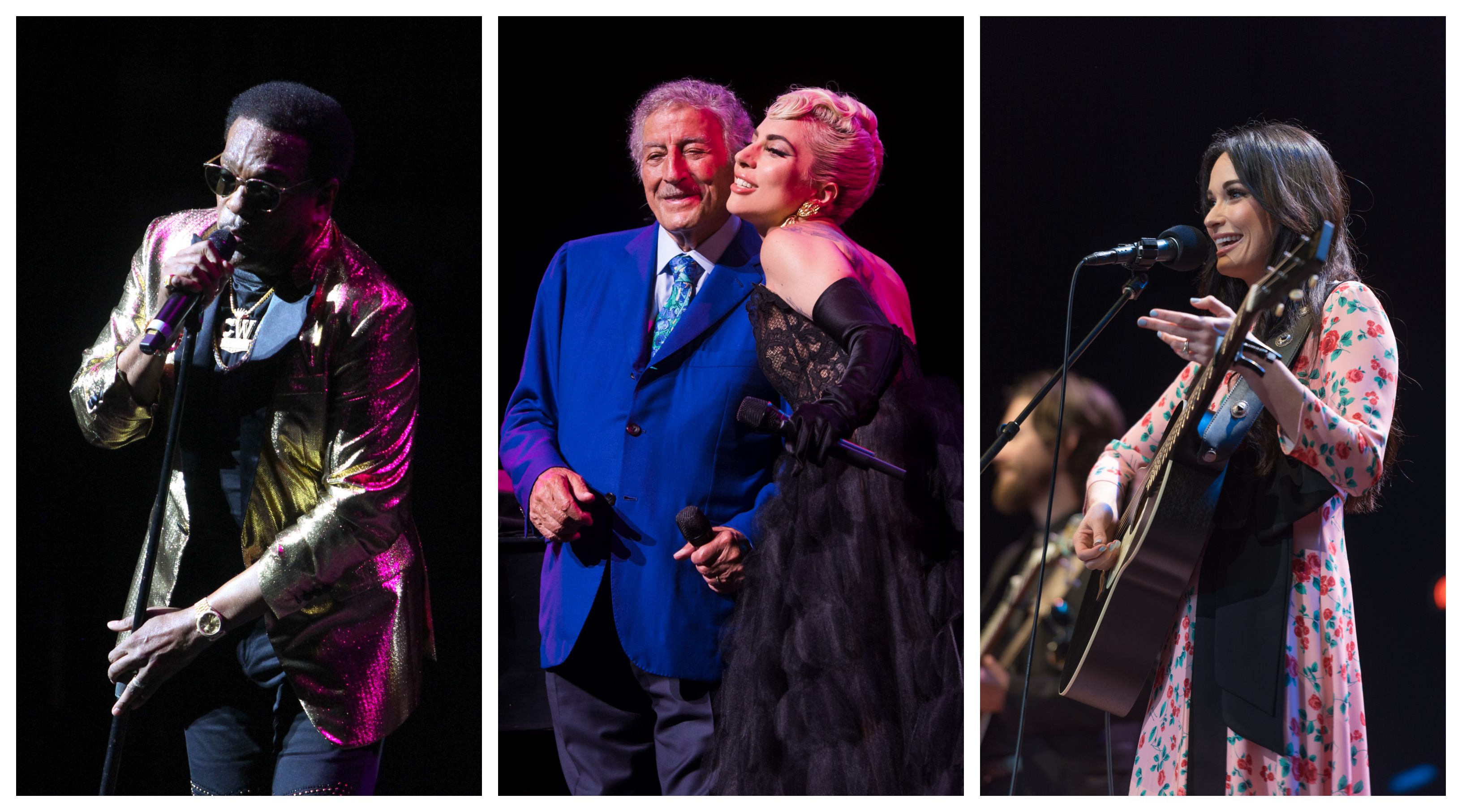 Join us in congratulating these incredible 2018 Wolf Trap artists on their Grammy nominations!

Two-time Grammy winner Kacey Musgraves made a quick stop at the Filene Center for Live From Here with Chris Thile. The country starlet shines bright with four Grammy nominations:

Album of The Year

Two-time Grammy winner John Prine was nominated for three Grammys, including two in the same category:

“Knockin’ On Your Screen Door”

The Tree of Forgiveness

Lucy Kalantari & The Jazz Cats brought their signature funky family friendly sounds to Children’s Theatre-in-the-Woods this summer and now they’re up for their first Grammy:

After jammin’ with the Wolf Trap crowd this summer, 11-time Grammy winner Ziggy Marley (8 as a solo artist, 3 with The Melody Makers) received another well-deserved nomination:

18-time Grammy winner, Tony Bennett gave us an incredible performance over the summer. The legendary singer was nominated in the following two categories:

Love is Here to Stay

The month of June kicked off with Margo Price opening for John Prine. The up-and-coming performer has been nominated for her first Grammy:

Charlie Wilson brought rhythm, blues, and sexy tunes to the Wolf Trap stage this summer, and was nominated in the following category:

After bringing some of their Americana soul to the Filene Stage, The Wood Brothers received their first Grammy nomination:

One Drop of Truth

Who says live music is just for kids? The Pops Ups prove that incorporating music into learning is the best way to rock out! The family-friendly band is up for a Grammy in the following category:

Chris Thile stopped by Wolf Trap for Live From Here without his band, Punch Brothers, but he’s been nominated for a Grammy alongside them in the following category:

Record of the Year

Song of the Year

See the full list of Grammy nominees, including other amazing Wolf Trap artists, here and tune into CBS February 10 for the 61st Grammy Awards!

4 Reasons Why a Wolf Trap Membership Is Worth It