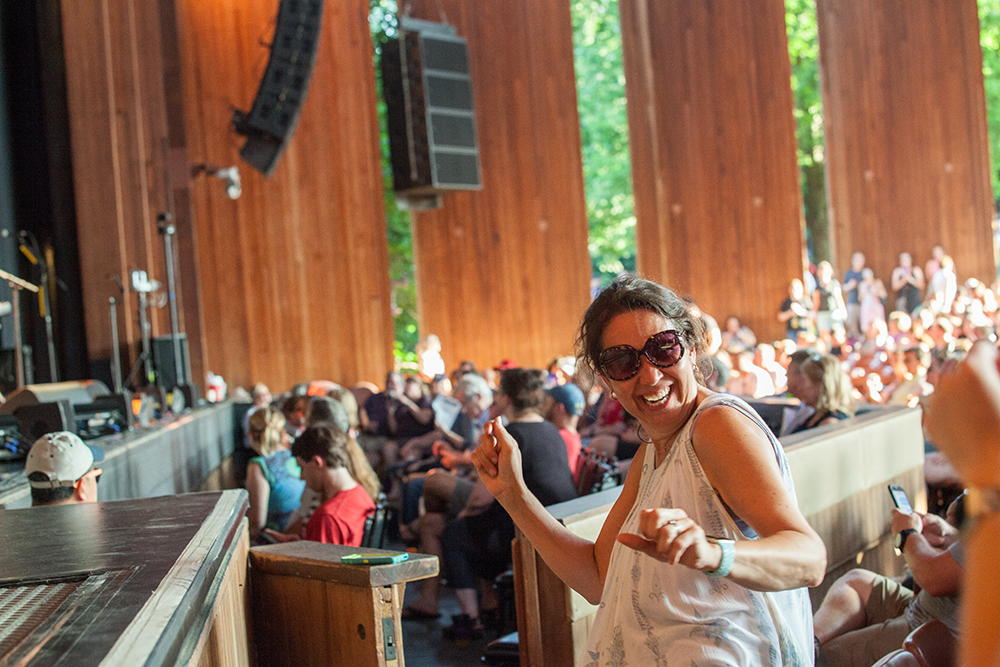 How’s your summer groove? From reggae to rock ’n’ roll, plus everything in between, summer at Wolf Trap is an electric blend of genres. Fill your nights with these eclectic and diverse group of artists.

Sit back, relax, and press play!

Pop rock trio Hanson will be performing a debut program of their greatest hits from the last 25 years! See them with the National Symphony Orchestra for STRING THEORY!

Tuesday, August 7 with Femi Kuti and The Positive Force

Angélique Kidjo is known for her West African tradition of music that weaves in elements of American R&B, funk, and jazz. See her with Femi Kuti and The Positive Force for a show filled with energetic big-band arrangements.

ABBA is one of the most iconic groups of our time and their music continues to dazzle listeners everywhere. Break out your inner Dancing Queen in a stunning tribute at ABBA The Concert!

With a career spanning six decades of incredible hits, it can be hard to choose a favorite song from Frankie Valli & The Four Seasons…but this is the way we are feeling.

Thursday, August 30 with The Tenors

Grammy Award-winning saxophonist Kenny G grafts elements of R&B, pop, and Latin to create the sounds of the premiere artist in contemporary jazz. Similarly creating a powerful crossover sound, The Tenors join him for a night of undeniable charm and diverse local styles.

One of the most successful reggae artists of all time comes to Wolf Trap with Grammy Award-winning band Steel Pulse with a message of love and justice for all people.

Hailed as the hottest rock band in the world, 5 Seconds of Summer command the stage with their latest sizzlin’ pop rock hit.