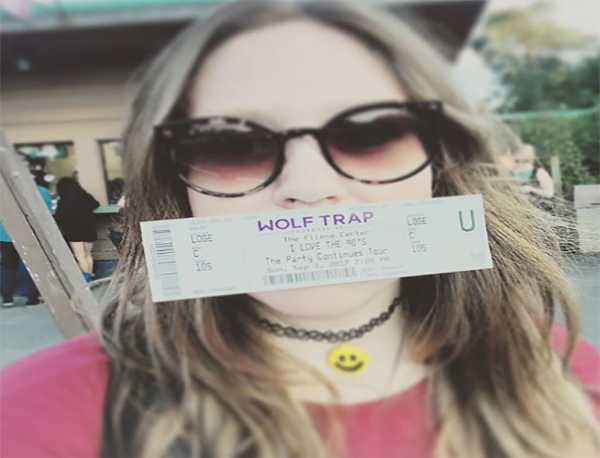 HOW TO ENTER. Contestants may enter by attending a performance at the Filene Center between July 2 and September 2, 2018 and doing one of the three things: 1) Finding the corresponding post on Wolf Trap’s Facebook page and uploading a photo of themselves at the show that evening in the comments. 2) Upload a photo of themselves at the show that evening on Twitter using the hashtag #WolfTrapWins. 3) Uploading a photo of them with that night’s concert ticket on Instagram using the hashtag #WolfTrapWins. A random new winner will be chosen weekly. Winner will be chosen after the contest and promotional event concludes on Monday of the following week.

NOTIFICATION & PRIZE. A Grand Prize Winner will be selected weekly at random to receive two (2) tickets from pre-selected Filene Center performances and a picnic basket by OVATIONS By America Eats on a weekly basis. Eight (8) winners will be selected overall. Prize can be collected on site on day of performance.

Winner will be notified by Wolf Trap on one of these select Mondays: July 9, July 16, July 23, July 30, August 6, August 13, August 20, or August 27. Winner must reply to Wolf Trap personnel within 48 hours to claim prize. If Winner does not claim prize, an alternate Grand Prize Winner will be selected.

Restrictions may apply due to availability. Approximate total retail is $200. No alternate prize, cash or other substitution or transfer of prize allowed, except by Sponsor, who reserves the right to substitute the prize with another prize of greater or equal value.