Ambassador from Beyond the Third Rock: The 1967 Jimi Hendrix Debut in Washington, DC 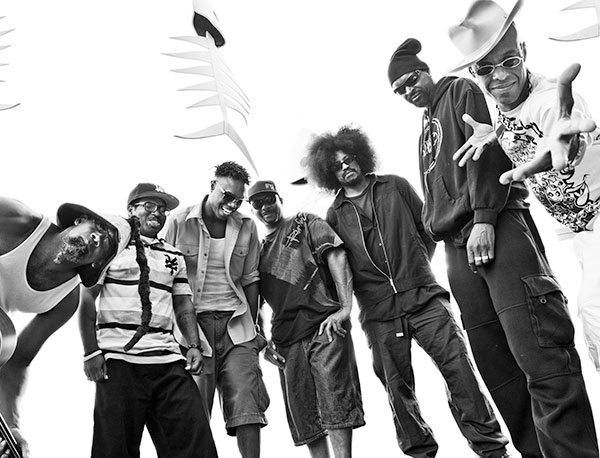 The Jimi Hendrix Experience made its U.S. debut at the Monterey Pop Festival in the spring of 1967. Following a memorable first appearance, the group went on tour with The Monkees, one of the most popular bands in the country. However, performing for packed crowds of screaming girls and their parents did not last long. The Jimi Hendrix Experience soon left the tour, which left the band with open dates it needed to fill to support its new album.

The following excerpt is from, “When Jimi Hendrix Came to Washington and Blew Its Mind,” written by David Montgomery and Jeff Krulik in 2013 for The Washington Post: 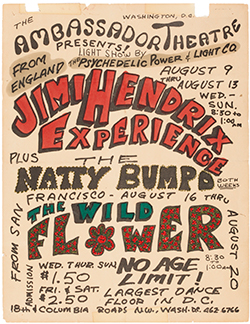 “So one midsummer day in 1967, the phone rang in the cluttered upstairs office of the Ambassador Theater, a run-down former movie palace at 18th Street and Columbia Road NW, in Adams Morgan. Joel Mednick, a 22-year-old hippie impresario, answered.

Have you ever heard of Jimi Hendrix? asked the agent on the line.

Mednick considered the logistics. That was short notice to send out press releases and to design promotional posters.

If you give each one [of the musicians] $100 a night, we’ll let you have them for five nights.

They made a deal. The dates would be Wednesday, Aug. 9, through Sunday, Aug. 13.

Blue-on-magenta posters were rushed out with characteristically trippy and hard-to-decipher lettering. They advertised the ‘Jimi Hendricks Experience!’”

The opening show of the five-night August run at the Ambassador Theater only drew about 50 people, but the final performance saw a packed house, including members of The Who and 17-year-old Nil Lofgren. This year marks Jimi Hendrix’s 75th birthday and this special Wolf Trap concert on Tuesday, Sept. 1, 2017 celebrates the 50th anniversary of the DC debut of the Jimi Hendrix Experience.

Much of the music featured comes from Hendrix’s debut album and notable classics, which are all presented in exciting new Fishbonian arrangements. Produced by Danny Kapilian.