Blasts from the Past Making a Comeback: ’90s Edition 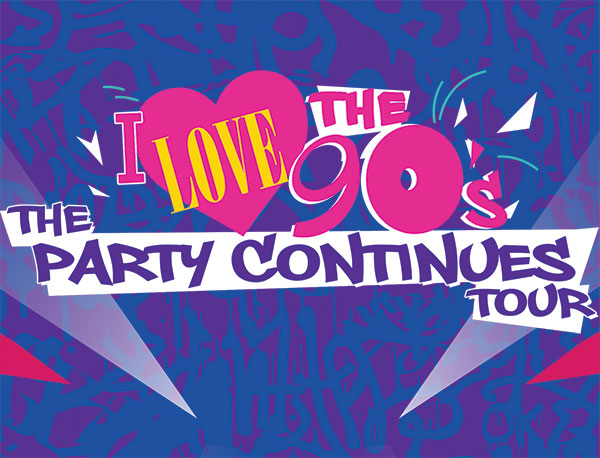 Ready for nostalgia to kick in? Wolf Trap has several shows that will send you back to the ’90s while partying in 2017.

Here are some blasts from the past that have returned and making waves like they did before:

Who could forget Roseanne, Will & Grace, Twin Peaks, and other classics?

Fluorescent colors and bright hues were a “must-have” in a wardrobe (and pretty much everything else).

After the success of Beauty and the Beast, expect more classics coming soon to theaters, including The Little Mermaid, Aladdin, and more.

Before Snapchat and smartphones, there were hours and hours of Snake—and battery life. The Nokia 3310 returns to life as a modern classic.

These virtual pets celebrate their 20th birthday—don’t forget to feed yours this time.

Nintendo unleashed the Nintendo Switch along with its best-selling game, The Legend of Zelda: Breath of the Wild. And if gamers don’t think that’s enough, Atari revealed its teaser for Ataribox. Here’s to hoping the days of blowing at the end of game cartridges are over.

Whether it’s Power Rangers, It, Jumanji, or The Mummy, does the remake stack up to the original? We’ll let you be the judge of that.

Ah, that great feeling of nostalgia every time you check out the #ThrowbackThursday playlist on Spotify or when you’re scanning through radio stations. But what could be better than a chance to hear it live? As a matter of fact, many iconic groups are still rockin’ and on tour, including Blondie & Garbage (8/3), Goo Goo Dolls (8/8), TLC (9/3), and more!

Wondering what other shows you can experience live?
View the Summer 2017 calendar