Music of the Movies 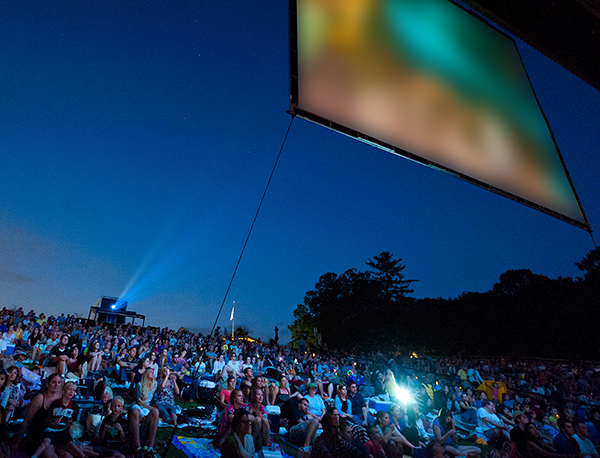 There’s something magical about the combination of song and cinema—music draws the audience in, heightens the drama, and stays with us long after the end credits roll. This summer experience some of the most memorable scores of all-time live at Wolf Trap. Grab your blanket, pack the popcorn, and get ready for your favorite movies (and movie-inspired productions) under the stars.

Journey “Under the Sea” and make this touring Broadway show based on Disney’s 1989 “splash” hit film “Part of Your World!” Featuring Oscar-winning music by Alan Menken, this show is perfect for the entire family.

The movie based on this Tony-nominated Broadway musical may be getting a movie sequel next year, but this is your final chance to see the LIVE show featuring the music of ABBA that started it all.

Who needs to be in the “City of Stars” when you can watch the Oscar-winning film under the real stars in a beautiful outdoor setting accompanied by the National Symphony Orchestra playing the entire score live?

Fans are encouraged to dress in Old Hollywood Glam for this performance.

Wolf Trap National Park for the Performing Arts is home to many animals—bunnies, birds, frogs, and for one night only, DINOSAURS! The epic adventure film 65-million years in the making comes roaring to life on huge screens fit for a t-rex with the National Symphony Orchestra performing John Williams’ iconic score.

For more John Williams movie magic, fly into Harry Potter and the Sorcerer’s Stone™ – In Concert on July 7 and 8.

Viewers of the 2017 Oscar nominee Kubo and the Two Strings may have recognized Regina Spektor’s haunting Beatles cover of “While My Guitar Gently Weeps” during the end credits.

Of course the self-proclaimed “Soundtrack King” had to be included in this post. From “Footloose” to “Danger Zone” from Top Gun, Kenny Loggins’ hits will be remembered for years to come.