Wolf Trap Opera: The Next Big Thing Is Small 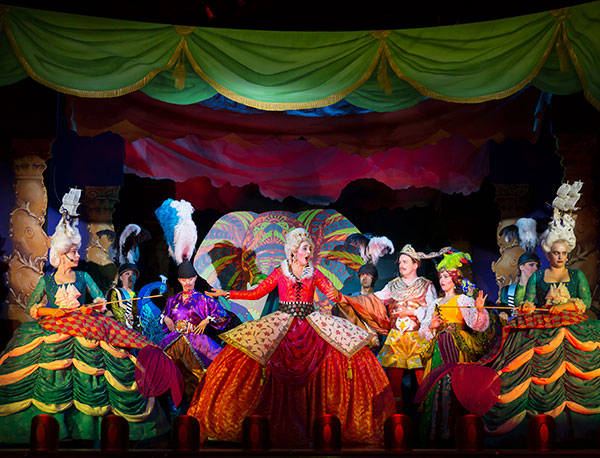 When Wolf Trap Opera’s Kim Witman appeared recently on an episode of the Opera Box Score podcast, she was asked to gaze into her crystal ball and envision the future of opera. “The next big thing is small,” she said. “We’re beginning to see opera companies with very large venues, who do a lot of grand opera, begin to create spin-off operations in smaller venues, sometimes in site-specific locations. I think that a lot of what people are craving is not just a change in scale, but also a change in immediacy. I think people want to be up close and personal to singers.”

She also observed that Wolf Trap Opera has been ahead of the trend for decades. Holding fewer than 400 people, The Barns allows audiences to experience the immediacy of productions that feature the very best young professional singers. If you want to experience the unique vibe of a Barns production, you can stream the Opera’s hilarious interpretation of Florian Gassmann’s L’Opera Seria from last summer.

With its new Untrapped initiative, the Opera is moving beyond the Filene Center and The Barns. An innovative partnership with Halcyon Stage brings a fully staged production of Philip Glass’ The Fall of the House of Usher to Dock 5 at Union Market. And Wolf Trap has teamed up with the National Orchestral Institute + Festival to present Mahler’s Symphony No. 4 at the Clarice Smith Performing Arts Center at the University of Maryland. For a full schedule of the season, visit opera.wolftrap.org.

As always, though, the cornerstone of the Wolf Trap Opera season will be fresh new productions at The Barns, an intimate venue — with splendid acoustics! — that is surprisingly welcoming to the refinements of opera. In the setting of the 290-year-old German barn that houses the theater, the sounds of Rossini’s The Touchstone, John Musto’s Bastianello, and Philip Glass and Robert Moran’s The Juniper Tree are sure to shine.

As always, the next big thing is small. But when it’s done right, small feels really big.