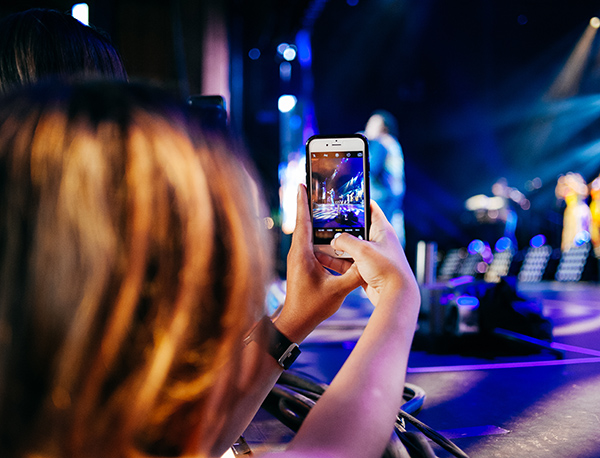 We ❤︎ our fans! To celebrate the season of giving, we’re giving you the chance to win the ultimate #WolfTrap prize pack! The winner will receive one premium Wolf Trap Membership – Soloist Level, a 4-pack of tickets to 2017 show of your choice, passes to our VIP lounge, a $50 gift certificate and more! Comment on our Facebook page with the name of your favorite concert buddy for your chance to win! Full contest details below:

HOW TO ENTER. Contestants may enter via their personal Facebook account(s). To enter, post a comment to one of photos during the contest period (December 13, 2016 – December 16, 2016).

NOTIFICATION & PRIZE. One Grand Prize Winner will be selected at random to receive a prize package including, but not limited to, 1 Wolf Trap Soloist Membership, four (4) tickets to a Summer 2017 performance of the winner’s choice, one (1) $50 Gift Certificate, one (1) Wolf Trap Insulated Wine Tote, and one (1) Stuffed Wolfie Doll.

Winner will be notified by Wolf Trap, in a message to their personal social media account, on Friday, December 16. Winner will be directed to pick up their prize pack at Wolf Trap’s Foundation offices by 12pm on Wednesday, December 21, 2016. Wolf Trap will coordinate the selection of Summer 2017 performance tickets with the winner in Spring 2017. Winner must reply to Wolf Trap personnel within 24 hours to claim prize; unclaimed prizes will not be awarded. If winner does not respond, an alternate winner will be selected.

Restrictions may apply due to availability. Approximate total retail is approximately $800. No alternate prize, cash or other substitution or transfer of prize allowed, except by Sponsor, who reserves the right to substitute the prize with another prize of greater or equal value.

DISCLOSURE. This promotion is in no way sponsored, endorsed or administered by, or associated with Facebook.