Inside the Great American Songbook with John Eaton 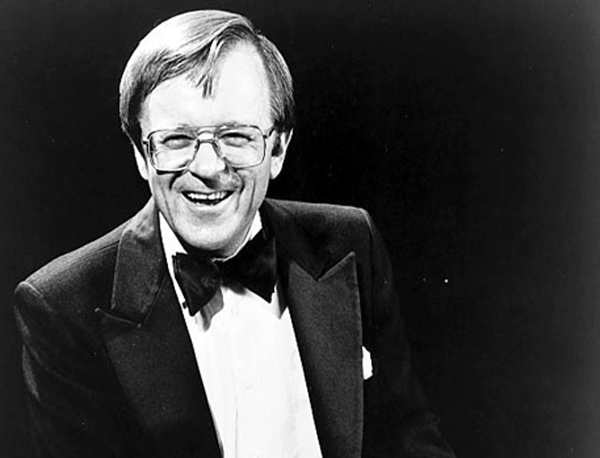 For nearly 30 years, John Eaton has been a fixture of the Barns schedule. His evenings exploring the mainstays of the Great American Songbook have won him a large and devoted following of listeners who prize the compositional flair and lyrical sophistication of these highly esteemed writers of popular song. This year, Eaton’s annual Thanksgiving weekend concert showcases the music of The Fabulous ’40s, an era of surprising musical breadth.

“There was no one musical style in the 1940s,” says Eaton, “but rather a huge diversity of styles—everything from Glenn Miller’s big-band sound to Charlie Parker’s bebop, from the groundbreaking shows of Rodgers and Hammerstein to the World War II songs of Jule Styne and Sammy Kahn. The huge range of Johnny Mercer’s lyrics to many ’40s hits says it all: ‘Laura,’ ‘Skylark,’ ‘Blues in the Night,’ and ‘I Remember You,’ among many others. And then there was ‘Nature Boy,’ the ‘proto-hippie’ song that made Nat King Cole truly famous, and ‘White Christmas’ by Irving Berlin, one of the most cherished and enduring holiday songs ever written.”

Eaton is the flagship artist of Wolf Trap’s record label, and his concert celebrates the release of The Wit and Wisdom of Cole Porter, the ninth volume in the series John Eaton Presents The American Popular Song. CDs will be available for the first time at the show.

Like his solo concerts, Eaton’s discs are both moving and informative, as he interweaves performances traversing a songwriter’s career with revealing commentary about how the songs came to be crafted. On record, Eaton often collaborates with Jay Leonhart, a veteran jazz singer and bassist who has performed with stars such as Judy Garland, Duke Ellington, Frank Sinatra, and Sting, as well as a songwriter whose compositions have been performed by jazz luminaries such as Lee Konitz and Blossom Dearie.

Musicians and critics across the country have hailed the deftness of Eaton’s musicianship. “Surprise is the most constant quality in Mr. Eaton’s playing,” wrote John Wilson of The New York Times. “It is allied with a sensitive and wonderfully logical musical imagination.”

Volume 9: The Wit and Wisdom of Cole Porter: Known for the lyrical panache of songs such as “Let’s Do It (Let’s Fall in Love)” and “Anything Goes,” Cole Porter often gets short shrift as a composer. “Begin the Beguine” may have had its genesis as a clever title, but the way its lyrics wind through a rising melody across an innovative structure that stretches 108  bars (compared to the conventional 32) makes it one of the most radical entries in the Great American Songbook.

Volume 2: Harold Arlen: The Wonderful Wizard of Song: The swirling, swinging melodies of Harold Arlen, such as “Last Night When We Were Young,” blended the cantorial singing of his father, Samuel Arluck, with the jazz of Louis Armstrong. The songwriter became known for enticingly lyrical vocal lines that didn’t follow conventional melodic patterns, challenging the memories of even veteran singers.

“Last Night When We Were Young” Arlen Discussion

Volume 1: Richard Rodgers: One Man and His Lyricists: One of the most prolific composers in Broadway and Hollywood history, Richard Rodgers made his reputation writing melodies such as “Manhattan,” for which Lorenz Hart later penned the lyrics. In the middle of his career, Rodgers reinvented himself for his partnership with lyricist Oscar Hammerstein II, whose vision of the “book musical” emphasized the need for music and drama to reinforce one another. For “Climb Ev’ry Mountain,” the words came first, then the music. The two songs are “so radically different in musical style and personality,” Eaton says, that you’d never imagine the same pen produced both of them. He credits Rodgers with “a rare and wonderful kind of musical schizophrenia.”