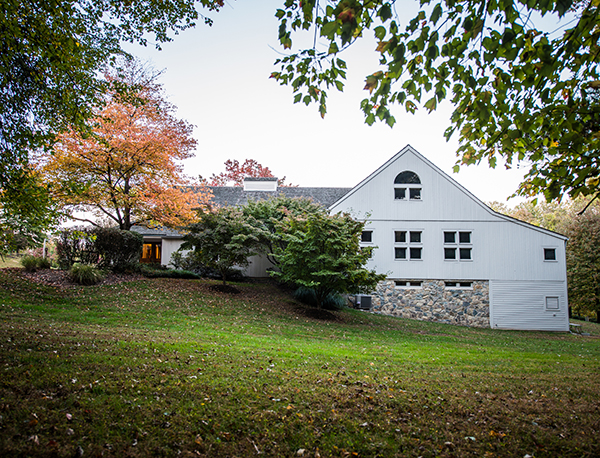 The Barns is by far Wolf Trap’s coziest venue, accommodating 382 patrons to the Filene Center’s 7,028. But a Barns show still involves dozens of people working around the clock to make sure everything goes off without a hitch. A peek behind the curtain shows how Wolf Trap works to keep artists happy and to make sure visitors have the night of their lives.

The Barns starts buzzing about 8 am, when Chef Chris Faessen arrives in Wolf Trap’s custom kitchen to begin the evening’s menu. With all items made to order, he’ll need all day to prep fan favorites like panini, flatbreads, and his specialty, tomato bisque. 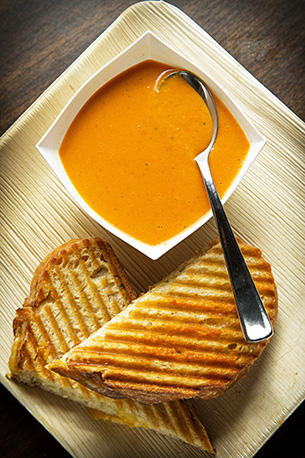 From his basement office, which is filled with signed headshots from artists such as Tony Bennett and Kathy Mattea and posters dating back to his first show in 1983, Production Manager Bob Grimes spends the morning doing advance work on upcoming shows: confirming artists’ technical needs, payment schedule, and special requests (And yes, the stories about items like “No brown M&M’S in my dressing room” are true). Tales abound of artists arriving at other venues to find that no one knows they’re playing or that the artists are expected to set up the sound equipment themselves. Grimes makes sure that doesn’t happen at Wolf Trap!

At 10 am, the box office opens for business. People in the know are aware they can save on service fees by buying in person, so window sales are steady. Most Barns shows sell out, and many people are left scrambling for tickets. The key—buy early!

House Manager Garry Sikora starts his day tidying up from the evening before. Around midday the dressing rooms are checked and snacks and drinks are stocked in the “greenroom,” a traditional space where performers can relax when not performing. A welcome oasis for the road-weary musician, the room is woodsy and comfortable, appointed with overstuffed chairs, a TV, piano, and a miniature pool table. Some artists write songs back there, others play cards, and more than a handful catch a few winks. 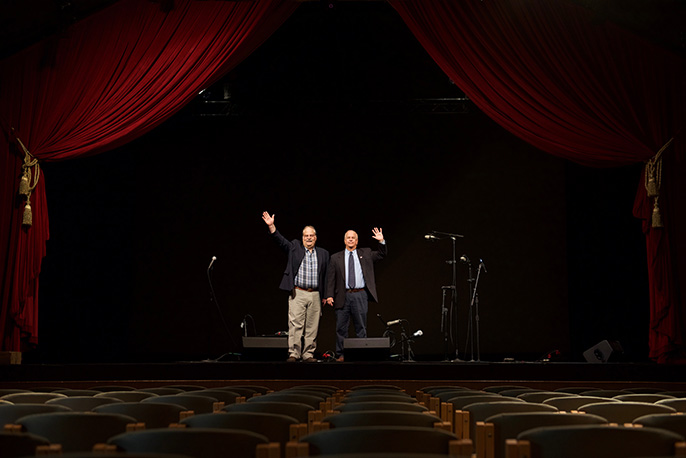 Grimes and Tim McCormick, Technical Director and Assistant Production Manager, set up and label the soundboard and set the stage with microphones and monitors per the artists’ advance instructions. The artists and crew then arrive and “load in” their equipment.

Later in the afternoon, the bar staff organize the bar, which features a range of draft and bottled Virginia craft brews, and the cook team begins preparing chili and baking cookies. It’s not long before The Barns smells like grandma’s house.

Around 5 pm, the artists, Grimes, and McCormick tweak the onstage gear and fine-tune the sound in the theater. “We usually have pretty short sound checks,” Grimes says. “Because the artists get happy real fast.” The Barns is known for its true sound, the product of the structure’s natural acoustics and a sound system designed to be transparent and unobtrusive. Once satisfied, the artists grab a bite to eat and relax in the greenroom or take a shower. 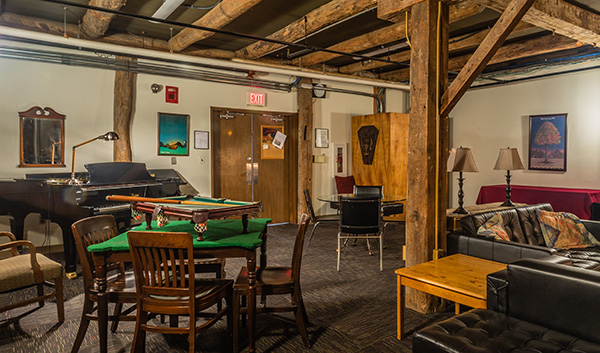 A floor below the bright lights of the Barns stage, the greenroom is an oasis of calm for road-weary musicians.

If everything’s ready, doors may open sooner than the official time of 6:30 pm for an 8 pm show. Two volunteer ushers welcome early patrons and scan tickets.

An hour before showtime, Sikora gathers his ushers for a briefing. He details the artist’s instructions for late seating, and advises about VIP guests and visitors with accessibility requests. He also covers welcoming first-time visitors who may need a little extra attention.

With half an hour to go, the theater doors open and seating begins. The ushers hand out programs. With 10 minutes to go, and again at 5 minutes, Sikora dims the lights to draw patrons to their seats.

Showtime! The artists take the stage. Depending on the night, anything from rock to opera to Broadway to world music rings from the rafters of one of the best small venues in the country. McCormick is on the monitor board, feeding the sound back to the stage so the performers can hear themselves. Grimes is on the main board, mixing the sound heard in the theater. Plus, Grimes mans a brand-new lighting system that will allow him to aptly showcase everything from the introspective singer/songwriter stylings of JD Souther to the genre-jumping guitar sorcery of Steve Vai.

On chamber music nights, Classical WETA 90.9 FM host Rich Kleinfeldt, who introduces each performance, also conducts a post-intermission Q&A where the musicians answer audience questions plucked from a giant brandy snifter. Want to know a trumpet player’s practice habits or whether it’s really true that the clarinetist hunts down regional cuisine at the greasy spoons that dot the tour route? Here’s your chance to ask.

After the encore, artists often visit with fans and sign CDs. The chance to rub shoulders with the performers is one of the things that make The Barns unique. Inside the theater, ushers clear cups and programs and take items to the lost and found (Your favorite scarf? Don’t worry, an usher probably found it). The crew packs up equipment on stage and loads it out to the truck. 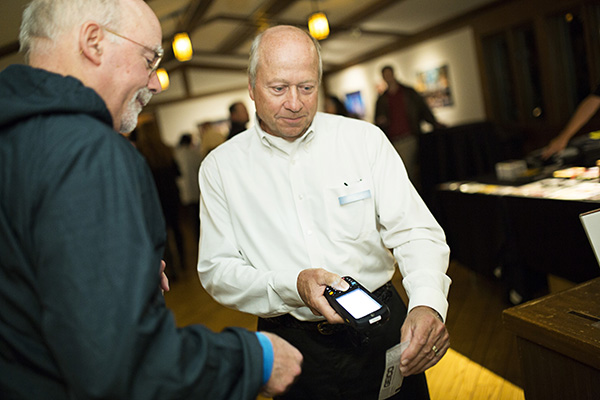 Many of Wolf Trap’s volunteer ushers have been welcoming visitors to The Barns for years.

A lot of work goes into making a show look easy. As Grimes says, “If I’ve done my job right, there’s no excitement backstage. Brown M&M’S or not, there’s no cause for diva upset. The excitement should come purely from the performance.”

The crowd soon returns home, their heads aswirl with music, and the artists head for the hotel or tour bus. Sometime before midnight, it’s lights out. Goodnight, Barns.