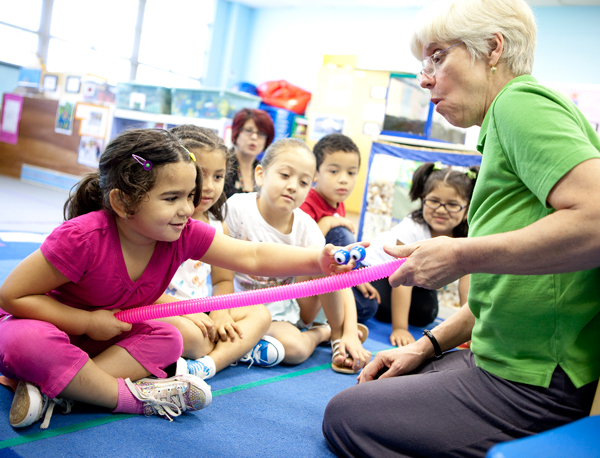 “Last fall, I was privileged to work in a Loudoun County classroom with preschool children who have special needs. Ms. Laura, the classroom teacher, said her deepest wish was to find a way to reach one particular child – I’ll call him Michael. I had read about children like Michael, but in all my years of teaching I had never before encountered anyone with autism so severe that (as Laura described it) he did not recognize sounds or visuals as having meaning. As Laura and I began co-teaching the lessons, Michael would drift around the classroom, doing his own thing, with the assistant teacher keeping an eye on him.

As we approached the end of our residency, nearly two months after we began, Michael began hovering around the meeting area where we had our lessons. He began running to the door when I arrived and made sounds and gestures. He even made eye contact occasionally. It was such a stunning change, I hardly dared to believe it. Still, I know arts integrated teaching works, and somehow, it’s often the children with special needs who show us such clear and dramatic results. I’m so grateful I was able to witness a little part of Michael’s success.” 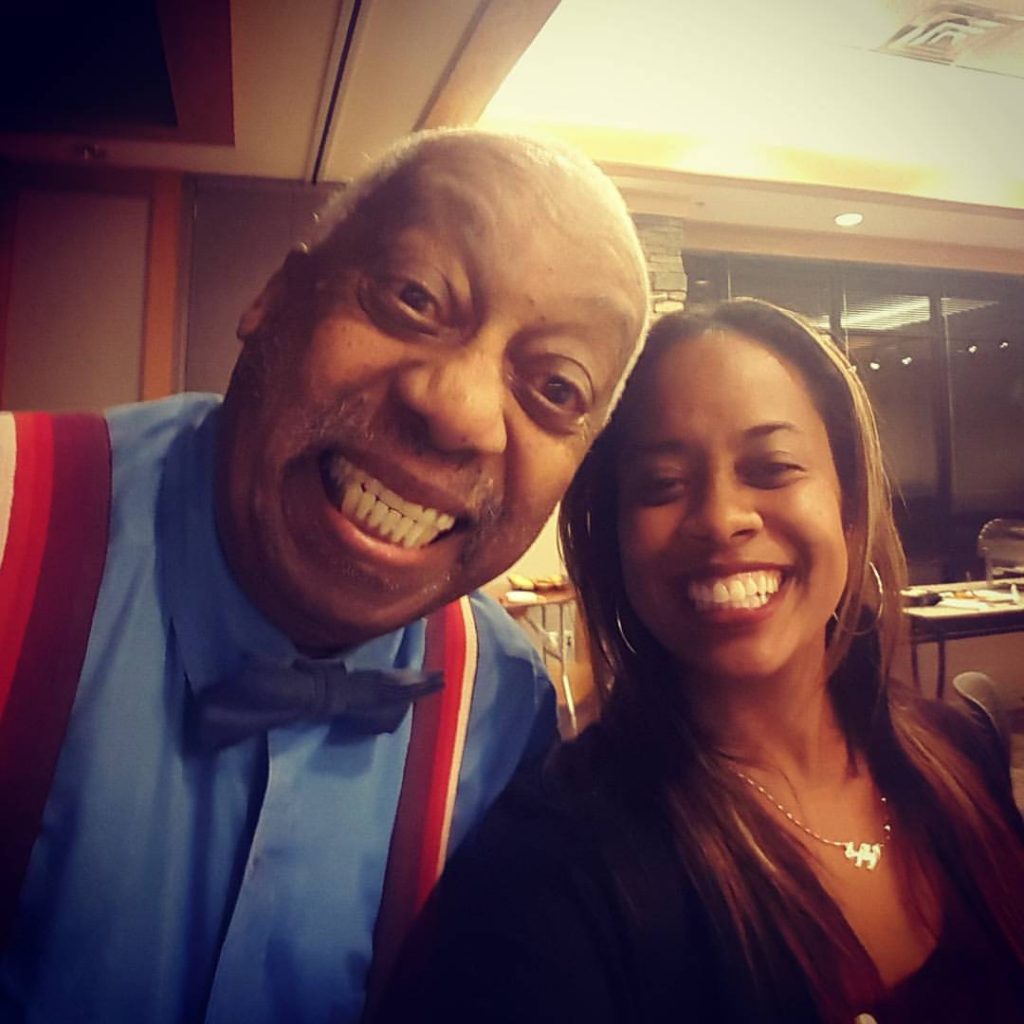 “I was a four-year-old student in a Head Start program in Baltimore in the early eighties. What I remember most about my time there were the Wolf Trap visits by John “Kinderman” Taylor. We sang, played instruments and learned songs that have stuck with me to this day. I know for a fact that that the Wolf Trap residency was my first exposure to the performing arts and arts learning. That experience, many years ago, planted a seed that would blossom into my adult life as a performer and an educator.

When I began to work for Wolf Trap in 2005, I attended the annual “Resource Night” where all of the Wolf Trap teaching artists meet, share and touch base about the upcoming school year. My heart jumped into my throat when I saw John Taylor across the room.  Memories of his arts experiences flooded my body and I was overcome with emotion.

More than 30 years later, I am now his colleague and our relationship has come full circle. Of course when I approached John again in 2005 and shared my memories of him, he said, “I knew it then and I know it now. You are special beyond your years!” But really, my initial Wolf Trap experience and the Kinderman are more inspiring, life changing and special than most people know.”

“When my class started school in September, Bryan a four year old dual language learner with only a few vocabulary words and had a difficult time transitioning to school. Once we started the Engineering residency with Ms. Jeanne Wall, his transition to school became very smooth. He started enjoying and looking forward to the residency experience in the classroom. To my surprise, his use of vocabulary words grew tremendously.

The magical power of Wolf Trap residencies creates a love for learning in early years and builds skills and interests that serve children throughout the school years and later in life.”