A Blueprint for Innovative Music 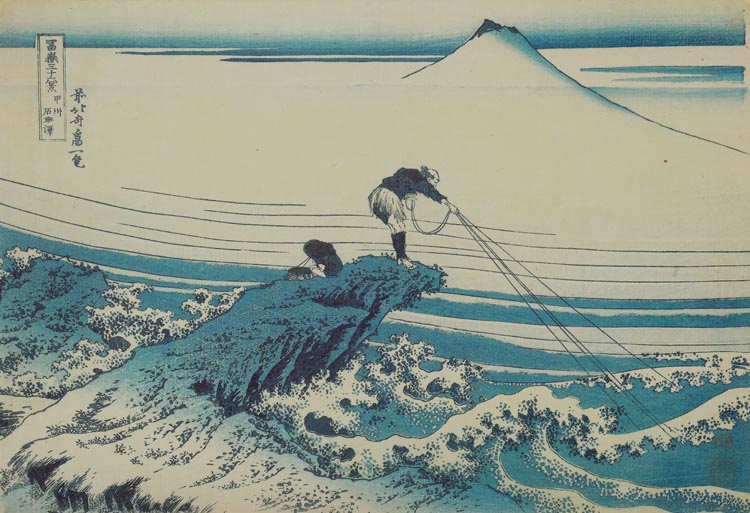 When the Aizuri Quartet debuts at Wolf Trap on Friday, beloved works by Beethoven and Schumann will fill The Barns. But there’s one piece on the program that will be new to everyone’s ears: Blueprint, commissioned by Wolf Trap Foundation and composed by Pulitzer Prize-winning musician Caroline Shaw, will have its world premiere. Here, Shaw shares her inspiration for the work:

The Aizuri Quartet’s name comes from aizuri-e, a style of Japanese woodblock printing that primarily uses a blue ink {featured in the image above}. In the 1820s, artists in Japan began to import a particular blue pigment known as “Prussian blue,” which was first synthesized by German paint producers in the early 18th-century and later modified by others as an alternative to indigo. The story of aizuri-e is one of innovation, migration, transformation, craft, and beauty.

Blueprint, composed for the Aizuri Quartet, takes its title from this beautiful blue woodblock printing tradition as well as from that familiar standard architectural representation of a proposed structure: the blueprint. This piece began its life as a harmonic reduction—a kind of floor plan—of Beethoven’s String Quartet Op. 18 No. 6. As a violinist and violist, I have played this piece many times, in performance and in joyous late-night reading sessions with musician friends. (One such memorable session included Aizuri’s marvelous cellist, Karen Ouzounian.) Chamber music is ultimately about conversation without words. We talk to each other with our dynamics and articulations, and we try to give voice to the composers whose music has inspired us to gather in the same room and play music. Blueprint is also a conversation—with Beethoven, with Haydn (his teacher and the “father” of the string quartet), and with the joys and malinconia of his Op. 18 No. 6.
—Caroline Adelaide Shaw

About Caroline Shaw:
Caroline Adelaide Shaw is a New York-based musician appearing in many different guises. Trained primarily as a violinist from an early age in North Carolina, she is a Grammy-winning singer in Roomful of Teeth, and in 2013 became the youngest-ever winner of the Pulitzer Prize for Music, for her enigmatic composition Partita for 8 Voices (also nominated for a Grammy for Best Classical Composition). She made her solo violin debut in 2015 with the Cincinnati Symphony (MusicNOW). She was the inaugural Musician in Residence at Dumbarton Oaks in the fall of 2014, and she will be the Composer in Residence for two years (through 2016) with Vancouver’s Music on Main. Recent and current projects include commissions for the Cincinnati Symphony, the Guggenheim Museum Words & Process Series, and the Folger Library, as well as collaborations with Kanye West. Learn more.