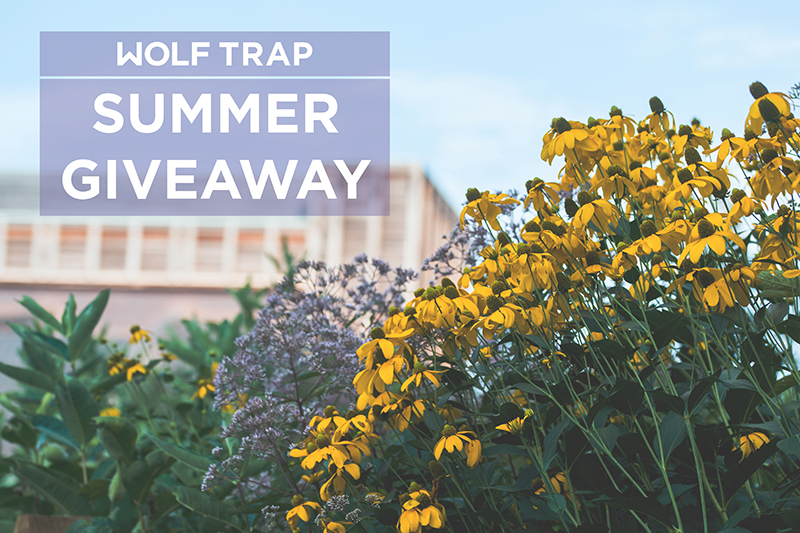 HOW TO ENTER. Contestants may enter by commenting on the Facebook or Instagram post shared on Wolf Trap’s social media channels the morning of Sunday, March 20, 2016. Contestants must submit a comment to be entered to win. The Winner will be randomly selected on Wednesday, March 23 from the comments submitted between Sunday, March 20 and Tuesday, March 22. Once the winner is selected, Wolf Trap Foundation will contact the winners via Facebook or Instagram comment and provide them with the information needed to collect their prize.

LIMIT: One (1) entry per person per post. Contestants may submit entries on each of the eligible posts on Instagram or Facebook from Sunday, March 20 until Tuesday, March 22.

NOTIFICATION & PRIZE. One (1) Winner will be selected at random to receive one (1) four-pack of lawn tickets to performance of the winner’s choice (based on availability) occurring between May – September 2016 at Wolf Trap’s Filene Center, one (1) parking pass, and two (2) picnic vouchers to be redeemed at Wolf Trap’s Ovations Restaurant.

Winner will be notified by Wolf Trap via comment on Facebook or Instagram depending on where their entry was submitted. If Wolf Trap is unable to contact the winner, they may that the winner send an email to the Wolf Trap team. Winner must reply to Wolf Trap personnel within 48 hours of notification to claim prize. If Winner does not claim prize, an alternate Winner will be selected.

Restrictions may apply due to availability. Approximate total retail value is approximately $200. No alternate prize, cash or other substitution or transfer of prize allowed, except by Sponsor, who reserves the right to substitute the prize with another prize of greater or equal value. This promotion is in no way sponsored, endorsed or administered by, or associated with, Instagram or Facebook.