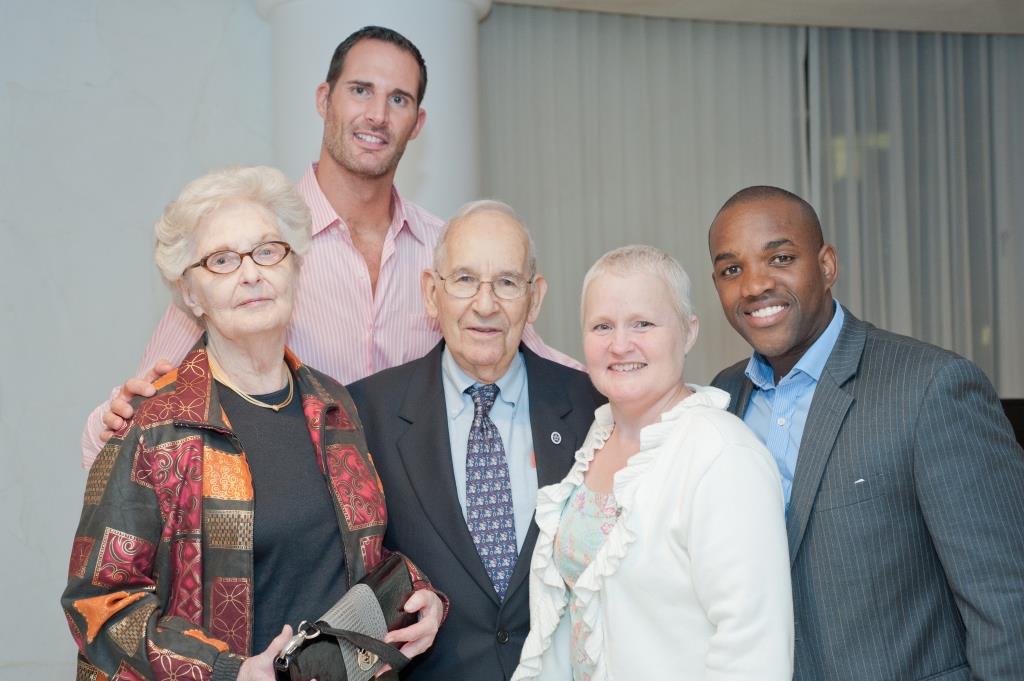 Hans “Tom” Tuch has lived a life fit for an opera – a 14-year-old refugee from Berlin in 1938, a decorated World War II veteran and member of the storied “Screaming Eagles” 101st Airborne Division, and a long career in the Foreign Service that included stints in Russia and Germany during the Cold War. Whether scheming with his childhood friend Tony-award winner John Kander, hosting a private birthday party for Leonard Bernstein in 1959 Moscow, or bonding with conducting greats like Georg Solti and Lorin Maazel, music has always provided a constant drumbeat to his life. So it is a great honor that this deeply impressive Wolf Trap supporter and Legacy Circle member offers this heartfelt reflection on what Wolf Trap Opera means to him and what sets it apart from other programs. Read more about Tom’s adventures in music and the foreign service here . 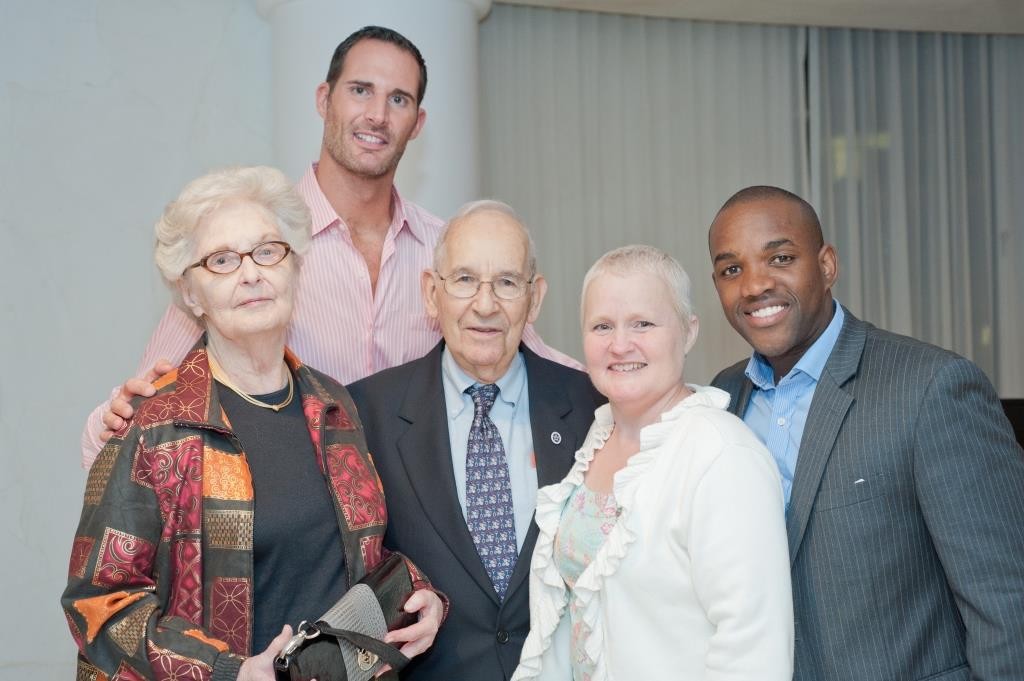 Almost all the Wolf Trap Opera (WTO) artists that I have known over the years—I began attending Wolf Trap productions in 1986—are united in their love of, and for, Wolf Trap. They appreciate the individual care, the personal coaching, the attention to everything they do on stage, and their well-being off the stage. While the artists may only be at Wolf Trap for a summer or two, their appreciation lasts a lifetime. As a diehard fan of WTO and its artists, I can confidently say that the feeling is mutual.

This spring, distinguished tenor Lawrence Brownlee will perform a solo recital as part of Chamber Music at The Barns, accompanied by Kim Pensinger Witman, director of Wolf Trap Opera. Mr. Brownlee, a 2001 WTO alumnus, is one of a plethora of alumni who have established themselves at major opera companies, and whom Ms. Witman has invited back during recent years: Adriana Zabala and Ryan Taylor (2003), Jennifer Aylmer (2004), Nathan Gunn (2005), Alan Held (2006), Keith Phares and Patricia Risley (2008), Kate Lindsey (2012), Ryan McKinny (2013), Jamie Barton and Eric Owens (2014), and in this past summer, Marjorie Owens, Michelle DeYoung, Carl Tanner and Scott Hendricks.

What, one might ask, makes WTO unique in developing such a large number of outstanding artists? Normally, opera companies first select the operas they wish to perform in any given season, and then audition and cast the productions. Many large companies start this process four to six years ahead of time. Not so WTO, whose guiding principle is that the artists come first. This artist-centric approach is, I believe, unique in the annals of American opera performance.

Essential to this program philosophy is WTO’s rigorous, multi-month audition tour, which covers tens of thousands of miles and more than 1,000 applicants for just a few dozen spots. For those lucky and gifted few, their career development, their artistry, their voices are the top priority. They form a resident ensemble with WTO, performing leading roles in multiple venues and working with leading conductors and directors. 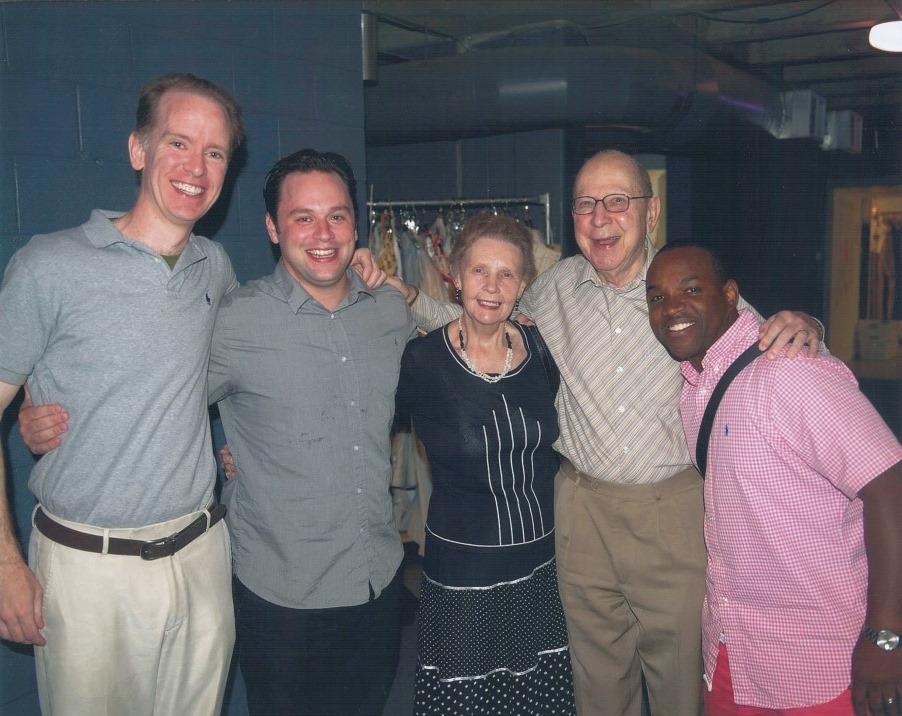 Beyond the stage, there is another aspect of the Wolf Trap Opera experience that I believe is unique: every young artist is hosted by a local family. The volunteer hosting program recruits and engages the families, matching them to the artists. WTO staff act like “den mothers” to the young singers and as consultants to the host families. Many families have hosted repeatedly over the years, and have become intimately involved with the company by attending rehearsals, performances, and cheering and publicizing WTO and its artists. The experience is meaningful for both the host families and the singers. Having a “home away from home” gives the artists the peace and comfort for effective performance on stage, and illustrates Wolf Trap’s values of putting the artists first. And the families can pride themselves as having served breakfast to several stars now singing at the Met!

Bringing it all together is Kim Witman – in my view, one of the finest opera company directors in the industry. She is at once a performing artist, an administrator, and a researcher whose ability to relate complex insights, details, and story lines through lectures and written reflections is simply magnificent. Her pre-show talks are a must! No wonder Wolf Trap artists want to return for a second year (the limit imposed by the program), and many do, after going through the auditioning process again.

What hooked me on Wolf Trap was my first exposure to the company in 1986, a performance of The Tales of Hoffmann on the huge stage of the Filene Center. In Act I, Olympia, sung by Tracy Dahl in this production, performs a difficult coloratura aria (“Les oiseaux dans la charmille”) and she did so while being pushed on roller skates from one wing to the other, then turned around and pushed to the other side, all the while being absolutely motionless, not moving a muscle other than her vocal cords. Fantastic! The audience erupted in an ovation.

Subsequent years brought many highlights: A gorgeous Midsummer Night’s Dream in 1987, also in the Filene Center, introduced Drew Minter and Alan Held. In 1989, The Marriage of Figaro at the Filene Center featured Dawn Upshaw, who had first appeared in 1985, together with first-year artists Heidi Grant Murphy and Denyce Graves. And then there were the banner years of 1994 and 1995 that featured Mel Ulrich, Mary Dunleavy, Eric Owens, Nathan Gunn, Marie Plette, Christine Goerke, and Stephanie Blythe, the latter returning in 1996 to bring the house down singing the Auntie in Il matrimonio segreto. 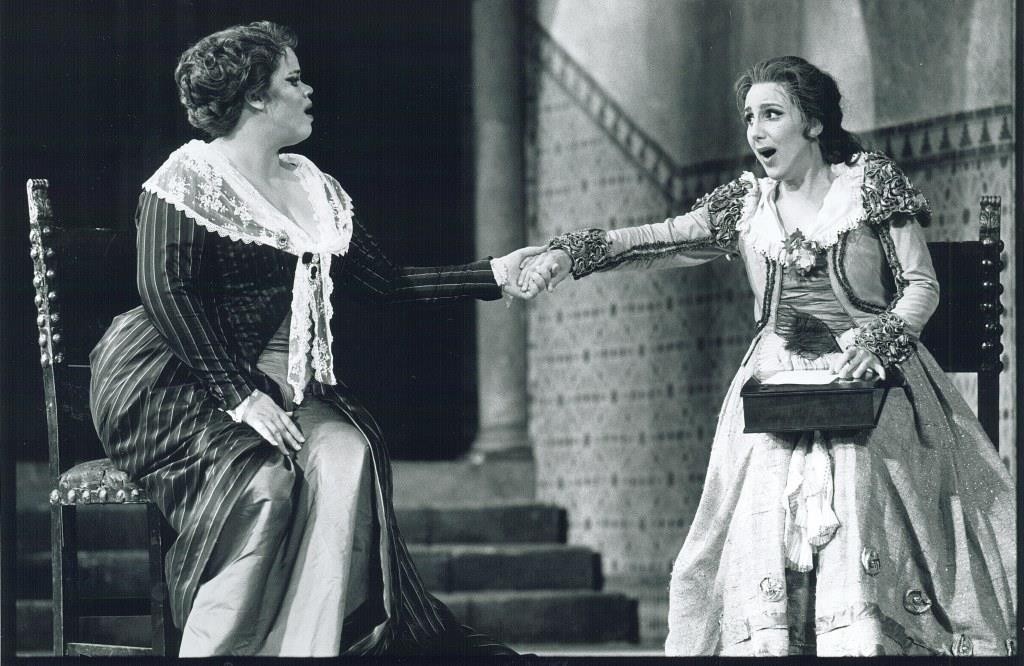 Carolyn James & Dawn Upshaw in a Wolf Trap Opera production of The Marriage of Figaro, 1989.

To end this remarkable tale of Wolf Trap’s embracement of young opera artists, I come down to the proof of a yeastily pudding: Over 50 WTO alumni appeared on last season’s Metropolitan Opera roster.

Are you a Wolf Trap Opera Insider? Learn more here.