Jumpstart Your January with Wolf Trap 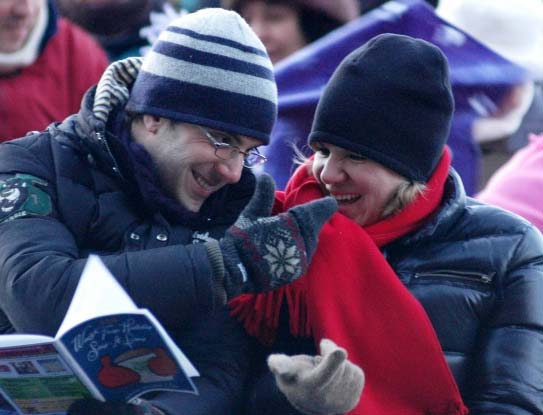 Just because the holidays are over, doesn’t mean the fun has to stop! Whether you want to see a show, learn something new, or experience the park in a fresh way, Wolf Trap has got you covered this January.

January is perhaps one of the most diverse months of The Barns 2015-2016 season, featuring debut performances ranging from Bollywood-inspired music to comedy. Falu’s Bollywood Orchestra (a collaborator with A.R. Rahman and Yo-Yo Ma) kicked off the year on January 15, with a contemporary mix of classical Indian music with pop influences. On January 29, Jim Gaffigan’s opener from the past two summers, comedian Ted Alexandro, brings his hilarious stand-up act to The Barns. Gay Men’s Chorus of Washington, DC, named “one of the world’s best male choruses” by The Washington Post, wraps up the month with a lively and captivating performance on January 30. The Barns also recently unveiled a new menu, featuring house-made soups and delicious made-to-order panini and flatbreads, which perfectly complement a performance.

Hit some high notes in the new year! Wolf Trap offers private voice, piano, and guitar lessons beginning in January. Whether a 12-year-old beginner or an 85-year-old superstar, Wolf Trap’s professional instructors offer one-on-one, focused attention to help you achieve your goals in a comfortable practice room at the Center for Education.

Northern Virginia Magazine called the hill by Wolf Trap’s Filene Center a “quintessential sledding destination…[that] will accommodate an army of sleigh-riders.” For years, families have come together to enjoy some sledding fun on the snowiest of days. No snow? No problem! There are still miles of trails to explore in the woods year-round.